Automakers recalled 21.9 million cars and trucks in the U.S. in 2013, which is a nine-year high. According to the National Highway Traffic Safety Administration, automakers initiated 632 separate vehicle recalls in 2013, which is up 9 percent from 2012. 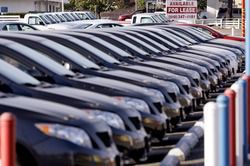 Experts say that recalls are up because companies are using more common parts in their vehicles, which can save money. However, when a part is discovered to be defective, many more vehicles have to be recalled.

Automakers appear to be more proactive in issuing recalls when defects are discovered than they have been in prior years. When a vehicle is discovered to be defective, the automaker has a legal obligation to recall it, and if it fails to issue a recall it can be held liable for not only monetary losses to anyone injured in the vehicle, but also for punitive damages, which are designed to punish.

If you or a loved one has been injured in a dangerous and defective automobile, you have a legal right to damages. Call the Houston automobile defect attorneys at Kennedy Hodges at 713-489-9493, or visit us on Twitter.