When a patient is experiencing pain and lack of function in the hip or knee, a replacement surgery may be his best option for returning 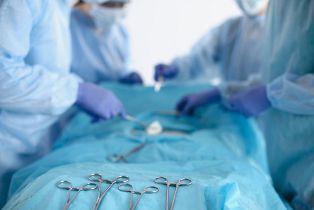 to a normal life. Lacking use of the hip or knee can be extremely debilitating, making it difficult to carry out many activities of daily living. Fortunately, a hip or knee replacement surgery can often restore much of the function to the area, allowing the patient to participate in the activities that he once enjoyed. As with any surgical procedure, however, there are risks involved. One such risk during a hip or knee replacement surgery is the risk of a contracting a deep joint infection. These infections are very dangerous and can lead to a need for substantial medical treatment and rehabilitation. The infection can also result in costly medical expenses, while at the same time making it difficult or impossible for the victim to return to work in order to earn an income. As a result, victims may need to turn to litigation in order to obtain the compensation that they deserve for their suffering.

8 Facts About the Bair Hugger Lawsuits

During a hip or knee replacement surgery, some surgical teams used a device known as a forced-air warming system to keep a patient’s body temperature stable. One such device is the Bair Hugger forced-air warming system. Some patients have alleged that use of Bair Hugger during surgery significantly increases the chance of a patient suffering from a deep infection. Some of these patients are now pursuing lawsuits against the maker of the device. These patients allege the following:

If you or a loved one suffered an infection after a hip or knee replacement surgery, it is important to act quickly. We can help you obtain the compensation that you deserve. To learn more, we encourage you to reach out today at 855-947-0707.