Did a Forged Signature Allow the Use of the Recovery IVC Filter?

When your life is on the line, you have no choice but to trust the people who are attempting to save it, and the products that they use. If those products are dangerous, however, you can suffer serious and dangerous consequences, which is what happened to hundreds of patients who were recipients of the Bard IVC Recovery filter.

The one-and-a-half-inch metal filter, designed to capture blood clots, was used in thousands of patients who were at risk for pulmonary embolism. Inserted into the vena cava—a large vein that brings blood from the lower part of the body to the heart—it is used to stop clots from entering the lungs; a condition that can cause catastrophic results. Although the filter may have saved the lives of many, it has also hurt and destroyed many others, and a forged signature may be to the blame.

When Bard first introduced the Recovery filter, receiving approval from the Food and Drug Administration (FDA) was a challenge. In fact, the Administration initially denied the company’s first attempt at approval. In 2002, Bard hired veteran regulatory specialist Kay Fuller in the hopes of getting approval for its new filter.

In an interview with NBC News, Fuller reveals she quickly found problems with the filter. Fuller discovered that Bard failed to give her important safety performance test results, and after a small human clinical trial brought serious concerns to light, Fuller says she voiced the problems she had with the filter to the company. Her concerns fell on deaf ears, however. Fuller claims the medical equipment giant threatened to fire her if she continued to take issue with the Recovery filter. Fuller resigned from the company, and made the FDA aware of her concerns with the filter before she left. 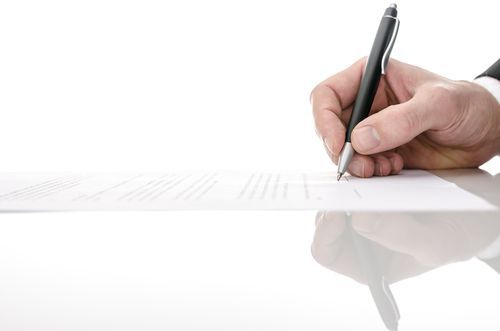 filter’s safety were addressed and resolved. The company submitted an application to the Administration, however, with what appears to be Fuller’s signature, a signature she claims she did not put there herself and was actually forged. Bard denies the allegations.

The FDA refuses to comment on whether or not it acted on Fuller’s tips, but says that it “takes very seriously” any complaints about “forgeries and device issues.”

Deadly Issues With the Recovery

The Recovery filter has been linked to 27 deaths and hundreds of non-fatal incidences since its inception. One patient, Dodi Froehlich, received the filter after a serious car accident put her at risk for developing blood clots. Four months after insertion, Froehlich lost consciousness when a piece of the filter broke off and pierced her heart. Fortunately, doctors were able to remove the fragmented piece during open-heart surgery and Froehlich was saved.

Gloria Adams received the Recovery filter after she suffered a brain aneurysm. Her son, Kevin Keech, says Adams was fine when she left the hospital after the procedure, but was dead a week later when a clot pushed the filter into her heart and killed her. Fuller is deeply sorry for what happened to Adams, and says she shouldn’t have had to pay the price for the product’s failure.

Did a Forged Signature Allow Your Doctor to Use the Recovery Filter?

About a quarter of a million people receive clot-trapping filters each year without incident. Reports estimate that about 20,000 patients still have the Recovery filter in their bodies—are you one of them?

Several hospitals in the Houston area have used the Recovery filter in patients at risk for developing blood clots. If you were injured by such a device, you may be entitled to receive financial compensation, and the personal injury lawyers at Kennedy Hodges LLP may be able to help. Schedule your free consultation and speak to a legal professional about your situation by calling 855-947-0707.