by Galvin B. Kennedy [email protected]
Connect with me
Galvin Kennedy is a founding partner of Kennedy Hodges. He focuses his practice to overtime and wage claims.
Comments (0) 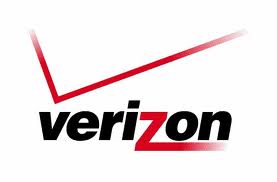 Verizon allegedly required local managers to work more than 40 hours a week every month, but employees claim they were never paid for overtime. A former Verizon Communications Division staff manager supported the class-action motion with a court statement saying that:

Do you work 40 hours a week without overtime pay? Know the FLSA labor laws.

If you work more than 40 hours in a workweek, but your employer considers you a manager or supervisor and does not pay you overtime you should know that almost 90 percent of the workforce is eligible for overtime compensation. Your eligibility for overtime pay is determined by several factors, including:

If you work over 40 hours a week and you are not paid overtime call our wage attorneys at 888-449-2068 to determine if you have been a victim of misclassification, wage scams or improper wage violations. Order Kennedy Hodges free book to get more information on wage laws that apply to your paycheck. Kennedy Hodges does not represent the case above, but we have represented thousands of workers in every industry to recover back wages and overtime pay.