For workers in the oil and gas industry, long hours should be rewarded with proper overtime compensation. Unfortunately, some companies fail to abide by the law, resulting in workers receiving less than what is truly owed to them. The U.S. Department of Labor is cracking down on this practice and several major employers have had to pay significant amounts to their employees as a result. One recent investigation involved Citgo Petroleum Corp.

This December, a victory was reached by employees of Citgo Petroleum Corp. These employees had not been paid the overtime compensation that they deserved for hours spent working before or after their assigned shift. The following is an overview of what took place:

According to reports, this practice has long been a part of the Citgo working environment. Employees have not been paid for hours worked before and after shifts for many years.

The U.S. Department of Labor conducted an investigation into the unpaid overtime wages. As a result of this investigation, the company recently paid nearly $461,000 in back overtime wages to 239 of its employees. This broke down to equal $2,000 for each employee, the equivalent of approximately two weeks’ worth of pay.

Unfortunately for workers in the oil and gas industry, Citgo is not the only corporation guilty of violating wage and overtime laws. The U.S. Department of Labor is now attempting to crack down on the issue through an ongoing initiative probing wage and hour violations in the oil and gas industry. The initiative has been active since at least 2012, with approximately $37 million in wages having been recovered since that time. The recovered funds were paid out to thousands of workers found to be owed money as a result of over 200 separate investigations.

To find violations, the U.S. Department of Labor has conducted audits of individual companies to assess whether they were properly paying overtime and correctly classifying employees as hourly wage workers. The agency examined payroll records, reviewed job descriptions, and conducted interviews of employees. For example, Shell Oil Company and Motiva Enterprises were both investigated in 2014. These companies were found to have not paid their employees for their attendance at mandatory pre- 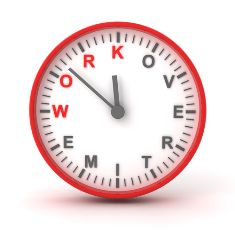 shift meetings. As a result, the companies agreed to pay nearly $4.5 million in back overtime wages to 2,677 former chemical and refinery employees. The employees worked at eight different locations owned by the companies spread across five states, including Texas, Alabama, California, Louisiana, and Washington.

In addition, since 2013 the Department of Labor has conducted an expansive investigation of Haliburton across its facilities nationwide. The investigation assessed whether the company had misclassified employees in 28 different occupations as being salaried professionals. By labeling them as salaried professionals, they were exempt from overtime and minimum wage requirements. The jobs included field service representatives, pipe recovery specialists, drilling tech advisers, perforating specialists, and reliability tech specialists. The investigation resulted in the company having to pay back $18.3 million to more than 1,000 field workers. On average, employees received $18,000, with one employee receiving $96,000 in back wages.

If you work in the oil and gas industry and have not been paid the overtime or wages that you are rightfully entitled to, it is important to seek professional guidance from a knowledgeable legal professional. We are here to help protect your legal rights. We encourage you to reach out today for more information at (888) 449-2068.