Honda announced this week that it is recalling almost 900,000 of its Odyssey minivans. The minivans being recalled are model years 2005-2010 that were built at its Alabama plant. Odysseys are one of the most popular minivans in the U.S. 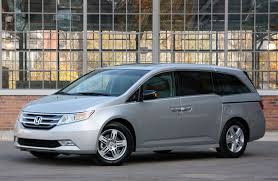 According to Honda, the minivans have a fuel pump problem. The fuel pump strainer cover could deteriorate over time, which could cause it to crack and cause a fuel leak, which would increase the risk of fire. If such cracks did occur, the van would probably emit a fuel smell or have a fuel leak. Fortunately, no reports of fires or injuries because of the issue have been reported.

Honda discovered the problem after noticing a high demand of Odyssey fuel pump replacement parts in October 2012. After investigating, Honda found that the cause of the cracks was a prolonged exposure to acidic chemicals and a high temperature environment. Honda says because of the large number of recalled vehicles, the correct repair parts will not be available until the summer. However, it can provide "interim" parts to customers starting in April. All vehicles will receive an improved cover once sufficient parts are available.

There have been a large number of recalls in the news lately. Although this recall did not lead to any reported deaths or injuries because of the problem, often defective vehicles are not recalled quickly enough, which can lead to deaths and serious injuries. If you have been injured because of a defective vehicle, contact Kennedy Hodges, Houston automobile accident attorneys. Our knowledgeable attorneys are experienced at helping accident victims, and at getting the most compensation possible for our clients.