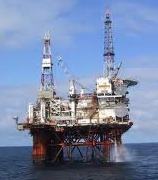 Employees of Oilfield Drilling Equipment (ODERCO) are not required to accept the DOL Settlement. Other options exist that might increase your claim.

Oilfield Drilling Equipment & Rig Co. Inc., doing business as ODERCO Inc., in Houston has agreed to pay $137,788 in back wages for 139 oil field workers who were misclassified as independent contractors and denied overtime in violation of the Fair Labor Standards Act. The company also paid employees "straight-time" wages, rather than time-and-a-half for overtime hours.

What other options are available?

We have represented Houston workers who were given the chance to accept a settlement with the DOL, but decided to pursue their own claim with a group of other workers. Those workers often receive substantially more than what the DOL had offered them.

Article: Find out how the Department of Labor can hurt your wage claim.

The Department of Labor frequently announces settlements it has obtained for workers who file wage theft complaints with the DOL's Wage and Hour Division. But this agency has thousands of cases and does not have the resources necessary to give each case the individualized attention it deserves. As a result, the DOL settles many cases for much less than what they are worth.

Order your free copy of The 10 Biggest Mistakes that can Hurt Your Wage and Overtime Claim to read the chapter on the Government Accountability Study that stated the Department of Labor frequently mishandles claims.