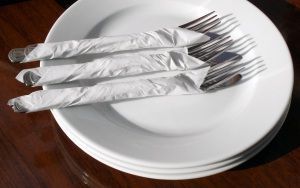 The restaurant industry has an estimated 215,000 full-service restaurants in the United States, accounting for $298 billion yearly. Yet many servers, waiters, bartenders and tipped employees nationwide are not paid correctly and are being cheated out of thousands of dollars in wages every year. This industry is particularly at risk of wage and overtime violations.

Two former employees of popular New York restaurants co-owned by New York Met Carlos Beltran filed a lawsuit against the owner claiming they were not paid according to federal wage laws. The lawsuit filed by the former waiter and bartender seeks class-action status on behalf of 50 other workers.

The lawsuit alleges that in the two restaurants, Sofrito and Sazon, employees were not paid minimum wage, overtime, or spread of hours pay. The former restaurant employees claim that workers were paid a fixed shift pay, regardless of how many hours they worked. The lawsuit also claims tipped employees were also forced to share tips with workers who were not entitled to them.

Illegal Tip Sharing
Tip sharing is very common in the restaurant industry, but this practice is usually illegal. The FLSA states that tipped employees are not required to share tips with workers who do not regularly receive tips, including dishwashers, cooks, and managers.

If you believe you have been a victim of wage theft contact our office at 1-888-449-2068 to start a free case review with our employment lawyers.

Read more on Tipped Employees.
Be the first to comment!