A Texas legislator is calling for more regulations surrounding chemical facility safety and inspections, in response to the deadly fertilizer plant explosion last year. Last April, an ammonium nitrate explosion occurred at the West Fertilizer Company storage and distribution facility in West Texas. The explosion occurred while emergency services personnel were responding to a fire at the facility. Fifteen people were killed and more than 160 were injured. Over 150 buildings were damaged or destroyed by the fire.

Records show that over the years, the company had a long history of safety issues. It also had an insufficient amount of insurance to cover damages. The town was declared a state disaster area, and a federal Emergency Declaration was issued. The explosion was ultimately blamed on ammonium nitrate fertilizer which was stored in a bin on the property.

The Texas House Speaker has ordered a review of how first responders in rural areas use volunteer firefighters. The House is also expected to strengthen state regulations on chemical facilities. State inspectors may be given more power to enter chemical plants. In addition, there also will most likely not be more permitting for chemical facilities in coming years.

In accidents that occur in the workplace, the compan 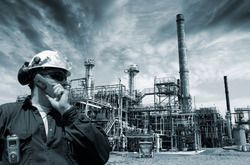 If you have been injured on company property in Houston, call the Houston personal injury attorneys at Kennedy Hodges at 713-489-9493. You can also reach us on LinkedIn. Call us today to schedule your free consultation.