Beef and other meats recalled earlier this year from a California meat producer may have reached 35 states, according to the U.S. Department of Agriculture. The beef was processed by Rancho Feeding Corporation, based in California. Rancho recalled 8.7 million pounds of meat last month and 40,000 pounds in January.

Since the recall, thousands of retailers have been added to a list of companies that may have received beef products from the company. According to the USDA, the meat came from diseased and unsound animals that were not inspected properly. The USDA claimed that the meat was unfit for human consumption and must be recalled. Fortunately, no illnesses have been reported as a result of the meat, but the USDA believes that there's a probability that the consumption of the tainted meat will cause serious health problems or death. 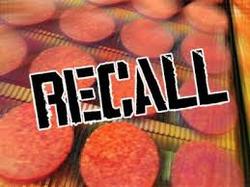 There is a wide range of products subject to the recall, including boxes of mountain oysters, sweetbreads, veal bones, veal trim, and beef lips. However, the most common product in which the tainted beef was used is Hot Pockets. The recalled products were produced and shipped between January 1, 2013, and January 7, 2014.

When most people think of eating tainted food, they think of food poisoning which is very unpleasant, but usually has no long term health effects. However, eating tainted foods can cause serious, permanently disabling injuries or death. Usually the elderly, young children or those with compromised immune systems are affected. However, that's not always the case.

If you believe that you have been harmed by tainted food, and you are suffering serious health effects, call the Houston personal injury attorneys at Kennedy Hodges at 713-489-9493. You can also learn more about us on Twitter.