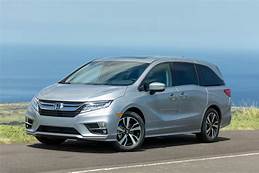 A Texas woman who was paralyzed in an Uber crash in 2015 has been awarded $37.6 million in a lawsuit she filed against Honda over the vehicle’s seatbelt system. The woman, who is 27, was riding in a Honda Odyssey minivan in 2015 in Texas. The ride was with Uber and the woman was sitting in the third row of the van when the van was struck by a pickup truck.

The minivan rolled over twice and the woman suffered a broken neck and became a quadriplegic. The woman sued Uber and Honda. The lawsuit alleged that Honda’s design for the seat belt of the Odyssey’s third-row middle seat was defective. The seat belt was a two-part system that required a ride to anchor a detachable shoulder strap from the van’s ceiling to the seat and then pull the belt across their hips before buckling it.

Honda says that it will vigorously appeal the verdict. Honda says the design of the seat belt system for the middle passenger in the third-row seat complies with all federal safety standards and is similar in design to almost all comparable minivans of that model year. The company says that if the seat belt had been worn correctly, the woman would not have suffered any serious injuries. However, an expert during the trial showed that fewer than 10 percent of people who are unfamiliar with the type of seat belt were able to use it properly. The jury also found that regulations about seat belts did not do enough to protect the public from harm.

Unfortunately, car manufacturers often fail to take responsibility for the damages their products cause. If you have been harmed in an accident that you believe is due to the poor design or manufacture of an automobile, you may have a right to compensation. Call the Houston personal injury attorneys at Kennedy Hodges at 855-947-0707 or visit us on LinkedIn to learn more.