Men Taking Viagra May Increase Their Chances of Developing Melanoma

Since 1998, an estimated 45 million men have taken the drug Viagra in order to treat their erectile dysfunction. Unfortunately, the use of this popular drug has since been linked to several potentially dangerous side effects. A recent study reveals that one such side effect 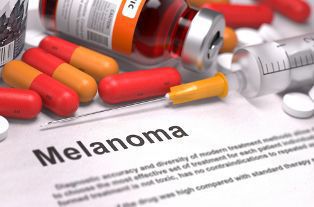 may be an increased chance of developing melanoma. Melanoma is the deadliest form of skin cancer, beginning in the pigment producing cells in the skin that synthesize melanin. Melanin is the pigment that gives the skin its color. Melanoma often develops within moles, but can also develop in mucus membranes in the eyes. Unfortunately, when melanoma has spread, the prognosis for many patients is very poor.

Clearly, the risk of developing a potentially deadly type of cancer after using the drug Viagra is frightening for many patients. The results of the study seem to indicate a potential link between this drug’s use and the increased risk of melanoma. The following is an overview of the important details surrounding the information published in the June 2014 edition of JAMA Internal Medicine:

After analyzing all of this important data, the researchers were able to draw the following conclusions:

If you took Viagra and have since developed melanoma, you may have a claim against the drug’s manufacturer. You may also be entitled to compensation for your losses as a result of taking this drug and later developing the cancer. We are here to assist you in evaluating the potential for your claim. We encourage you to reach out today for a free consultation at 855-947-0707.