What factors could influence the amount of my auto accident settlement?

If you are like many auto accident victims, you want to know how much you can expect to receive when your claim with the negligent driver’s insurance company is resolved. It may be frustrating when your attorney gives you a range, but tells you the final amount will depend on the facts of your case and other mysterious factors. Unfortunately, this is true. Your attorney cannot tell you exactly what your bottom line settlement will be. However, there are certain guidelines that affect whether your claim for compensation is stronger or weaker.

Important Factors That Could Affect the Amount of Your Settlement

You can get some sense of the amount of your settlement by calculating your out-of-pocket expenses, such as your car repairs, medical bills, and lost 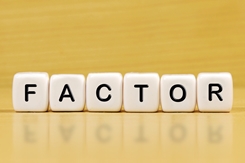 wages that you already incurred and you will have in the future. You are also entitled to compensation for your pain and suffering damages, but there is no set amount for this. This is one of many factors that are not numerical, but can impact on the amount you receive. Some of the important factors that can give you an idea as to whether you are at the high end or low end of your settlement range include:

An experienced car accident attorney should be able to give you an idea of the specific factors that could influence the final resolution of your claim. Start an online chat with the legal team at Kennedy Hodges, LLP, to schedule your free, no-obligation consultation.