Can I still recover damages if I was partially at fault for a car accident in Washington, DC? 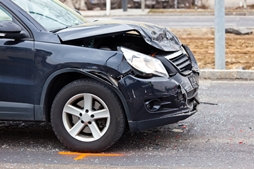 Facing medical bills after a car accident is undoubtedly stressful, especially if your income has also been reduced because you’ve been unable to work during your recovery. Worse yet, if your accident occurred in Washington, DC, you are not eligible to recover damages if you are found to have any responsibility at all for the accident. Here is what you need to know about contributory negligence and how affects your accident recovery in the District of Columbia.

Negligence is a legal principle used to determine who is at fault in a particular case. In the simplest terms, negligence refers to acting in a way that creates an unreasonable risk of harm. Some examples of negligent behavior while driving include:

Some examples of negligent behavior for pedestrians might include:

The key principle behind pure contributory negligence is that drivers have a duty to prevent exposing themselves to unreasonable risks. They are generally barred from recovering for their injuries and property damage if they contributed to the accident in any way.

Unfortunately, Washington, DC is one of only a few places in the nation that still uses the pure contributory negligence rule when awarding damages. This means that if you are in a serious car accident and are found to be 1 percent at fault for the crash, you won’t be able to recover damages from the other driver who is 99 percent at fault.

Even if you believe you may have played a role in causing your car accident in Washington, DC, it is definitely worth consulting an attorney to explore your options. While the pure contributory negligence rule makes it harder to win a case, keep in mind that the other driver’s legal team must prove that your negligent behavior actually played a role in the injuries you sustained in the accident. Additionally, you may still be eligible for compensation if you can prove that the other driver had the last clear chance to avoid the accident and failed to take action.

To see if you may be eligible for compensation for current and future medical expenses, lost wages and potential earning losses, or pain and suffering, reach out to Kennedy Hodges, LLP by starting a live chat or completing our online contact form.