Do you have any tips for driving defensively?

Aggressive driving is one of the biggest problems that motorists face. Drivers who speed, tailgate, switch lanes dangerously, and operate their vehicles 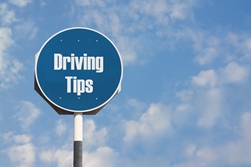 in ways that could hurt other motorists on the road are considered drive aggressively.

Part of being a good driver is doing what it takes to keep everybody on the road safe. Perhaps the most effective method for doing that is to drive defensively. Although keeping a level head on your shoulders when other drivers are acting dangerously can be tough, it is the best way to combat aggressive driving. The following are a few examples:

Aggressive driving often leads to dangerous accidents that can leave victims with debilitating and lifelong injuries, in addition to expensive medical bills. If you were hurt in an accident, contact the attorneys at Kennedy Hodges, LLP. We may be able to help you receive financial compensation that can help you pay for the expenses related to your accident. Contact us today by calling 855-947-0707 to find out how we may be able to help.