I suffered severe adverse side effects after taking Zoloft, do I have a legal claim?

For people suffering from depression, anxiety, panic attacks, or personality disorders, Zoloft is sometimes prescribed in an attempt to treat these often debilitating conditions. Zoloft is a form of selective serotonin reuptake inhibitors, or SSRIs, which are widely used throughout the United States by prescribing physicians and their patients. There are approximately 12 different SSRIs currently approved for use, with Zoloft being one of them. These SSRIs were designed to have fewer side effects than older drugs used to treat depression. Many of the SSRIs are also reportedly more effective than the older drugs used to treat the same conditions. Unfortunately, the use of Zoloft has since been linked to harmful, adverse side effects. People who took Zoloft and later suffered harm as a result may be entitled to legal action against the maker of the drug.

How Zoloft Is Used to Treat Depression

For people suffering from depression, anxiety, and other conditions, Zoloft is a popular choice among physicians for treating the condition. Zoloft is an SSRI and medications that fall under this category are known as reuptake inhibitors. Reuptake is the 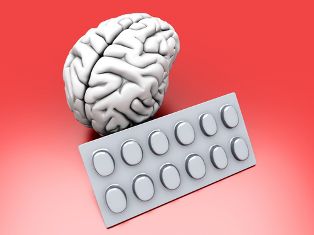 process in which neurotransmitters are naturally reabsorbed back into nerve cells in the brain. This occurs after the neurotransmitters are released in order to do their job of sending messages between nerve cells. The reuptake inhibitor works by preventing the reabsorption process from happening. Instead, the neurotransmitters temporarily stay in the gap between the nerves, known as the synapse. The hope is that by keeping the levels of neurotransmitters higher, communication between the nerve cells will be improved, thereby strengthening the circuits in the brain that regulate moods. Zoloft, like all SSRIs, specifically targets serotonin reuptake inhibitors. SSRIs therefore aim to increase the levels of serotonin in the brain. Serotonin is a brain chemical that is known to play an important role in regulating mood. Unfortunately, we now know that Zoloft can cause more harm than good for some users.

Common Side Effects Associated With Zoloft Use

Most patients who are prescribed a medication to treat a condition understand that there may be some mild side effects associated with the use of the drug. Unfortunately, some drugs later prove to be dangerous to patients—Zoloft falls into this category. The following is an overview of the side effects that have been linked to the use of the prescription drug Zoloft:

While many of the potential side effects associated with the use of this medication are frightening, birth defects are among the worst. There are many different types of birth defects that have been linked to use of Zoloft when taken by a pregnant woman. These potential birth defects include the following:

As a result of the dangerous risks associated with the use of Zoloft, the U.S. Food and Drug Administration (FDA) now requires the medication to carry a black box warning about the danger of suicide during the initial stages of treatment. In addition, the drug has been classified as a category “C” drug for use during pregnancy, meaning that animal studies have shown harm to the fetus when taking Zoloft during pregnancy. No trials have been performed on human subjects.

As a result of the devastating injuries suffered as a result of Zoloft use, many patients are now pursing legal action against the drug’s maker, Pfizer. The plaintiffs in these lawsuits argue that Pfizer did not provide adequate warning about the risks associated with the drug’s use. If you took Zoloft and suffered injury, either to yourself or to your baby, it is important to take action quickly in order to protect your legal rights. We are here to help. We encourage you to check out our many case results to learn more.