Children With Cerebral Palsy Often Face Many Challenges as They Age

A few months after the birth of your baby, you feared the worst and your doctor confirmed your suspicions: your baby was 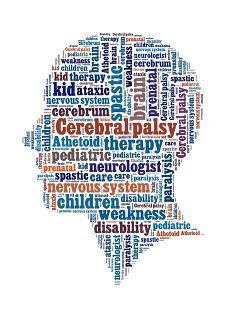 unhealthy. After a few tests, it was revealed that your little one was suffering from cerebral palsy, a group of disorders that affect a person’s ability to move and maintain balance and posture. You may have noticed a few of the warning signs of cerebral palsy, but you were still surprised with the diagnosis.

The degrees of severity regarding cerebral palsy can vary from person to person. Some children are affected mildly and don’t have to rely on any special equipment to move or walk. Other children, however, may require the use of a wheelchair to move and will require lifelong care.

The Types of Cerebral Palsy

Doctors classify cerebral palsy according to the main type of movement disorder involved. This depends on which area of the brain is affected. Children with cerebral palsy may experience stiff muscles, uncontrollable movements, or poor balance and coordination. They may experience only one type of disorder, or all, depending on where the brain damage takes place.

The four main types of cerebral palsy are as follows:

What the Future Holds for Children With Cerebral Palsy

The good news is that cerebral palsy isn’t a degenerative disease, which means that it doesn’t get worse as a person ages—no matter what type of cerebral palsy he suffers from. Unfortunately, aging with cerebral palsy doesn’t come without problems. People with the condition are forced to struggle with their physical impairments every day, which can take its toll on their bodies. As they age, those with cerebral palsy may experience:

Take Your Child’s Future in Your Hands

You are a dedicated parent and are willing to do whatever it takes for your child, even if that means providing medical care for the rest of his life. The cost of health care for a person with cerebral palsy is extremely expensive and can easily lead you into debt. If your child’s cerebral palsy is the result of a doctor’s mistake, you may be able to seek compensation. The attorneys at Kennedy Hodges, LLP, want to help you hold the person responsible for your child’s condition accountable for his negligence. Schedule your free consultation by calling 855-947-0707 to learn more about how we can help.