Injuries that are sustained from a car accident are often difficult to come back from, and perhaps head injuries are one of the worst. According to data 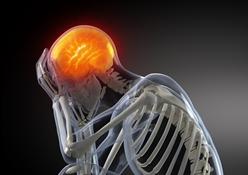 gathered by the Centers for Disease Control and Prevention, an estimated 1.7 million people suffer from traumatic brain injuries (TBI) annually. Of those who suffer from a TBI, 52,000 die, 275,000 are hospitalized, and close to 1.4 million are treated and released from emergency departments.

Motor vehicle and traffic injuries are the leading cause of traumatic brain injury-related deaths in the United States. Rates are higher for adults between the ages of 20 and 24. Although not every TBI ends in a fatality, many have life-changing effects and victims may need long periods of time to recover.

Traumatic brain injuries vary in their severity. All of the injuries are unique, as the brain can experience several different types of injuries depending on the type and amount of force that impacts the head. The injury can affect just one functional area of the brain, various areas, or all the areas. Car accident victims commonly experience brain injuries such as concussions and contusions; however, many different types of TBIs are possible. The following is a brief overview:

Brain injuries are often difficult to diagnose and can be even harder to treat. Additionally, they are often extremely expensive. The attorneys at Kennedy Hodges, LLP may be able to help you receive financial compensation that can help you pay for these expenses. Schedule your no-obligation consultation by calling 855.947.0707 and start learning more about your rights.