Why ADT Is Used to Treat Prostate Cancer

Not everyone who develops prostate cancer receives ADT. Only those who meet certain criteria should take the therapy. Doctors typically prescribe ADT if:

ADT may also be used before radiation to try and shrink the cancer, to hopefully make treatment more effective.

The Frightening Truth About ADT

The scientists who conducted the study examined the records of 16,888 prostate cancer patients who were treated at Stanford and 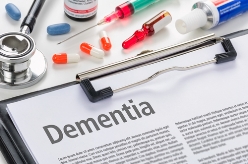 Mt. Sinai hospital in New York. The scientists narrowed their study down to 2,397 patients who received ADT and a control group of prostate cancer patients who had not. They found that 125 of the patients, or 0.7 percent, had been diagnosed with Alzheimer’s disease. Using a statistical method called propensity score-matched analysis, the research team determined that patients who had received ADT were 88 percent more likely to develop Alzheimer’s than those who did not, and the longer the patients endure the therapy, the higher their chances are of getting dementia. In fact, those who took the therapy for at least a year had more than twice the risk of developing Alzheimer’s.

Although this news is frightening, the scientists don’t feel that the threat is strong enough to discontinue ADT, as it has been shown to lengthen life. It is believed that half a million men in the United States are currently undergoing the therapy.

Types of ADT and Possible Side Effects

Doctors prescribe a variety of different ADT treatments to help with prostate cancer. Some are surgeries, while others are drugs, including the luteinizing hormone-releasing hormone analogs degarelix and abiraterone, along with anti-androgens, such as enzalutamide. Other treatments include estrogen therapy and medications that block the production of cortisol, like ketoconazole.

Along with the possibility of dementia, men who take these hormone-altering drugs can experience a variety of side effects, including:

Have ADT Treatment Side Effects Taken Over Your Life?

When you were diagnosed with prostate cancer, you may have thought you were willing to do anything to have it go away. Unfortunately, you didn’t know that could also mean your ability to remember your life. If you believe your Alzheimer’s disease was the result of medical malpractice, you may be entitled to receive financial compensation for your troubles, and the attorneys at Kennedy Hodges, LLP, may be able to help. Contact us today to schedule your FREE consultation by calling 855-947-0707 to start learning more about your rights.