The life of a truck driver is often filled with long hours, little sleep, and lots of hard work. Some drivers have been known to work for 24 hours straight 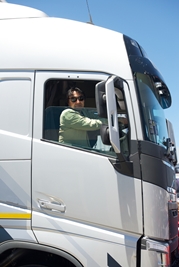 —or longer—with minimal breaks and no sleep. These long hours and impossible schedules are often due to employer demands and tight time schedules.

Working for many consecutive hours while under these types of conditions is dangerous, which was made extremely evident when actor Tracy Morgan was severely injured after the limo he was traveling in was hit by a tractor-trailer. Morgan suffered numerous injuries, and his close friend who was in the vehicle with him, lost his life because of the crash. During the investigation, it was revealed that the truck driver who caused the accident had been awake for over 24 hours.

Who Is Affected by Hours-of-Service Regulations?

Truck drivers operate massive vehicles that can become dangerous and end lives if involved in accidents. For this reason, the Federal Motor Carrier Safety Administration created hours-of-service regulations, which are rules regarding how long truck drivers can operate their vehicles and how many breaks they are required to receive.

Property-carrying and passenger-carrying drivers are required to follow rules regarding work hours; however, the hours differ from each other. Here, we break down the rules the truckers are supposed to follow.

Property-carrying drivers, or those who operate vehicles that contain materials, are required to follow these regulations, as part of the Hours-of-Service regulations:

Passenger-carrying drivers operate buses and other vehicles that transport passengers. The hours-of-service regulations pertaining to these drivers include:

Despite these regulations, some truck drivers still work too long and on too little sleep, which can put all drivers on the road in danger. If you were injured in a truck accident, the attorneys at Kennedy Hodges, LLP, may be able to help. Schedule your free consultation with one of our attorneys by calling 855-947-0707 to find out how we may be able to help you.