One of the most traumatic experiences new parents can go through is knowing that their newborn baby has a life-threatening infection that could result in serious, permanent complications. Unfortunately, neonatal sepsis is a dangerous bacterial infection in the baby’s bloodstream that can damage the baby’s brain either through infection of the central nervous system or by causing inflammation of the brain. If a doctor does not quickly recognize the warning signs that a baby has neonatal sepsis, the infection can cause the baby to develop seizures, cerebral palsy, meningitis, or die.

Neonatal sepsis is often passed unknowingly from the mother to her baby during pregnancy, labor, or delivery. A premature baby who is in neonatal intensive care is also at risk of developing this bacterial infection from the intravenous (IV) lines, catheters, and breathing tubes he may need as part of his medical care. Signs that a baby has this life-threatening infection include:

If not caught early, the infection can enter the central nervous system and cause inflammation of the brain. This can lead to 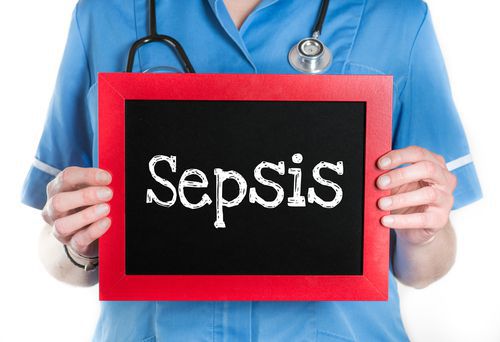 meningitis—the inflammation of the membranes surrounding the spinal cord and brain—which can cause cerebral palsy when there is brain damage.

Cerebral palsy is a permanent disorder that affects your baby’s ability to move and could also result in vision, speech, hearing, and mental impairments. If your baby developed this condition because your doctor did not treat neonatal sepsis early enough, you may have a medical malpractice claim against the doctor. You need to pursue your baby’s legal rights so that he receives the medical care and assistance that he needs. Call our experienced legal team at 855-947-0707 for a free, no-obligation consultation to learn more about your legal options.