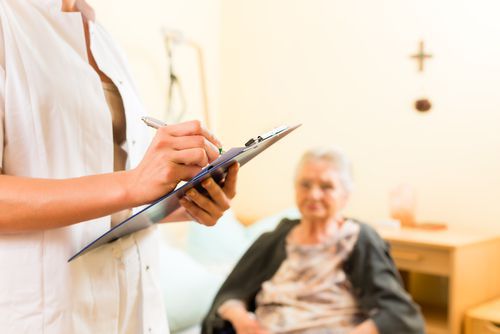 prevent strokes, blood clots, and heart attacks. However, Coumadin can be dangerous if not used properly.

A recent report by Propublica and the Washington Post examined government inspection reports from 2011 through 2014 and found that at least 165 nursing home residents were hospitalized or died from misuse of Coumadin. They concluded that there could be thousands more injuries that were never investigated by the government. While nursing homes have been investigated for other problems—such as the overuse of antipsychotic drugs—little research has been done on the dangers of nursing homes misusing Coumadin.

Many nursing home patients take an anticoagulant, with the majority being prescribed Coumadin or warfarin. If the dosage is not closely monitored, the drug can cause life-threatening problems, including:

This drug can also cause problems if taken with certain foods and medications—especially antibiotics. A patient taking Coumadin needs regular blood tests to measure the time it takes the blood to clot to ensure the drug dosage being taken is correct.

Unfortunately, many nursing homes do not provide the proper coordination between patients’ doctors, nurses, pharmacists, and laboratories. Common problems include:

Newer anticoagulants—such as Eliquis, Pradaxa, and Xarelto—do not require regular blood tests or interact adversely with food. However, these medications come with their own deadly consequences. If a patient begins bleeding uncontrollably, there is no medication that would stop the bleeding—unlike Coumadin. Therefore, doctors are reluctant to prescribe them. The bottom line is Coumadin is a potentially dangerous drug, and nursing homes that administer Coumadin to its patients must have procedures in place to ensure patients do not suffer any life-threatening side effects.

If you or a loved one has suffered complications from taking Coumadin while in a nursing home, you could have a medical malpractice claim against the nursing home, doctors, nurses, and even compensation from the drug manufacturer. Call us at 855-947-0707 for a free, no-obligation consultation to learn how we can help you.