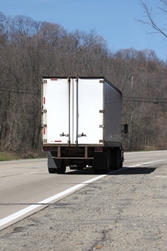 In 2013, a mother and three of her children were traveling to Texas when they were slowed in congested traffic. A commercial truck failed to adjust to the building traffic and crashed into their vehicle, first spinning the car around and then pushing it under another nearby truck. Sadly, the two young girls in the rear of the car were killed, victims of a tragic underride crash. Unfortunately, this is a fairly common occurrence on our nation’s roadways. One study indicates that as many as half of all crashes between trucks and passenger cars involves some type of underride. In 2015, large trucks were involved in over 400,000 accidents across the U.S., and thousands of people are injured and killed every day on the road.

What Is an Underride Crash?

An underride crash is one of the deadliest types of crashes. It occurs when a passenger vehicle goes partially or completely underneath a larger truck. This can happen when a smaller vehicle crashes into a truck or is pushed underneath by another vehicle. There are two main types of underride crashes:

Over the past few decades, car safety technology has developed rapidly and found further ways to both prevent crashes and protect vehicle occupants when crashes do occur. However, underride crashes are unique. Most of the injuries sustained in an underride crash affect the head and neck. Often, the roof of the car is crushed, leaving occupants exposed to some of the most significant and life-threatening injuries. The majority of car safety features address front and side impact, and they leave occupants much more vulnerable at the top of the car. Once a vehicle is pushed under a large truck, there is little available to protect them.

It seems the best way to protect smaller vehicle occupants is to simply prevent them from getting stuck under a larger vehicle. Underride crash guards do exist to achieve this goal. The guards are steel bars that hang down from the back (and sometimes the side) of a large truck to prevent a smaller vehicle from going under. The guards are generally effective, but a 2013 study showed that some improvements do need to be made. That study noted:

Safety groups continued to call for stricter regulation of these guards, and the National Highway Traffic Safety Administration (NHTSA) responded with a proposed rule to require stronger underride guards. The rule would align the U.S. standards to the Canadian rules. Many, however, claim that the rule is not comprehensive enough to significantly improve safety on the road. Critics say the required strength should be increased and guards should be required on a number of different types of trucks. Currently, the rules only apply to tractor trailers.

If you or someone you love has suffered injuries or died as the result of an underride crash, you may be eligible to make a claim. Call the experienced truck accident attorneys at Kennedy Hodges, L.L.P., at 855-947-0707 to learn more about your rights and legal options after these devastating crashes.