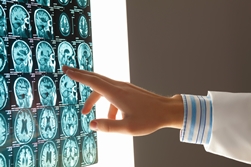 A brain injury is a classification of injuries caused by a violent impact to the head or body or the penetration of an object through the skull. Depending on the individual and the severity of the injury, the mental and physical consequences can vary drastically.

Some specific types of brain injuries include:

The Dangers of Brain Injuries

According to the Centers for Disease Control and Prevention (CDC), traumatic brain injuries cause 30 percent of all injury deaths. Moreover, brain injuries that do not lead to fatalities can also be extremely serious and often have life-altering effects. Complications that can develop as a result of a brain injury range from speech impairments to a persistent vegetative state.

Although there are numerous of ways to obtain a brain injury, here are some of the most common causes:

Head Injuries and Your Rights

Head injuries that have been acquired due to the negligence of a third party may entitle the injured individual to compensation for medical bills, damages, and more. To have your case evaluated by a brain injury attorney, contact our firm today.