Wage and Overtime 101: Part One - Overtime and Wage Violations: No Industry is Immune 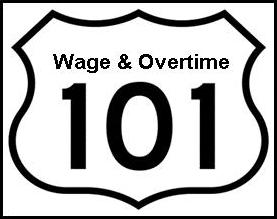 Wage and Overtime Lawsuits are Increasing

When Workers Stand up for their Rights - Employers Have to Pay

Almost 90 percent of the working population is eligible for overtime pay, but employees who have been robbed of their wages may feel afraid to speak up. They may not want to rock the boat for fear of losing their job. But employers face civil and criminal penalties if they take any retaliation against employees who exercise their FLSA rights. When workers stand up for their rights, employers often end up paying millions of dollars to resolve claims. Bank of America, Starbucks, Wal-Mart, UPS, Tyson Chicken, IMB and Target are just a few companies who have had to account for overtime and wage violations.

The numbers speak loud and clear: employers are stealing millions of dollars in wages and other financial benefits from employees. A study done by the University of California makes it clear that no industry is immune from overtime and wage violations. The study highlights alarming overtime and wage violation rates that are prevalent across the nation. Some of the labor law violations reported among workers in the study include:

The survey found that workers across all industries were frequently subjected to wage and overtime violations.

In case you missed them, read our articles to get more information:

Wage and Overtime 101
Part One: Overtime and Wage Violation Rates - No Industry is Immune

Part Two: The Basics of Overtime and Wage Claims under the FLSA

Part Four: Basic Timeline of a Wage and Overtime Lawsuit

If you are a worker in Texas and you believe you haven't been paid your fair wages under the FLSA, you can order a free copy of The 10 Biggest Mistakes that can Hurt Your Wage and Overtime Claim to get more information about wage and overtime claims. You can also contact experienced Texas labor law attorneys through our confidential contact form, or call 713-523-0001, or toll-free at (888) 449-2068.