Traumatic Brain Injuries: What They Are and the Common Symptoms

Brain injuries occur when an external force collides with the skull, causing penetration or jerking of the brain. Common causes of brain injuries include high-impact sports, slips, falls, and car crashes. However, a brain injury can occur anytime, anywhere, and to anyone.

In less severe cases, a person suffering from a brain injury may be unaware of his or her condition due to a lack of symptoms or symptoms that can be 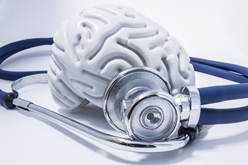 easily associated with other problems, such as headaches. Because the signs of a brain injury are not always obvious, anyone who has been involved in an event that caused a strong impact to the head should seek the advice of a medical professional.

Doctors who believe that patients may be suffering from a brain injury may order a CT scan or an MRI test to aid in a diagnosis. However, mild brain injuries—such as concussions—may not be immediately evident in these tests. Medical professionals rely on a variety of factors to diagnose and treat symptoms of brain injuries, and injured individuals may expedite this process by making note of anything that seems out of the ordinary—no matter how trivial these symptoms may seem.

What Are the Possible Symptoms of a Brain Injury?

There are a variety of brain injuries that can result from the impact of an external force. These include:

Receiving Compensation for Your Suffering

Receiving a brain injury is often sudden and unexpected. Financially and emotionally, this can have a severe impact on a victim and his or her family. When the cause of the accident can be attributed—in part or wholly—to the negligent, illegal and/or criminal actions of an individual, a business, an employee, or manufacturers, victims may be able to receive payment for their injuries. Any combination of the following expenses may entitle the victim to compensation for his or her injuries:

A brain injury can have dramatic and long-lasting effects for all parties involved. If the cause of your pain and suffering is likely due to the negligence of another, the firm can help you strengthen your case and get the most out of your claim. Schedule a consultation today.